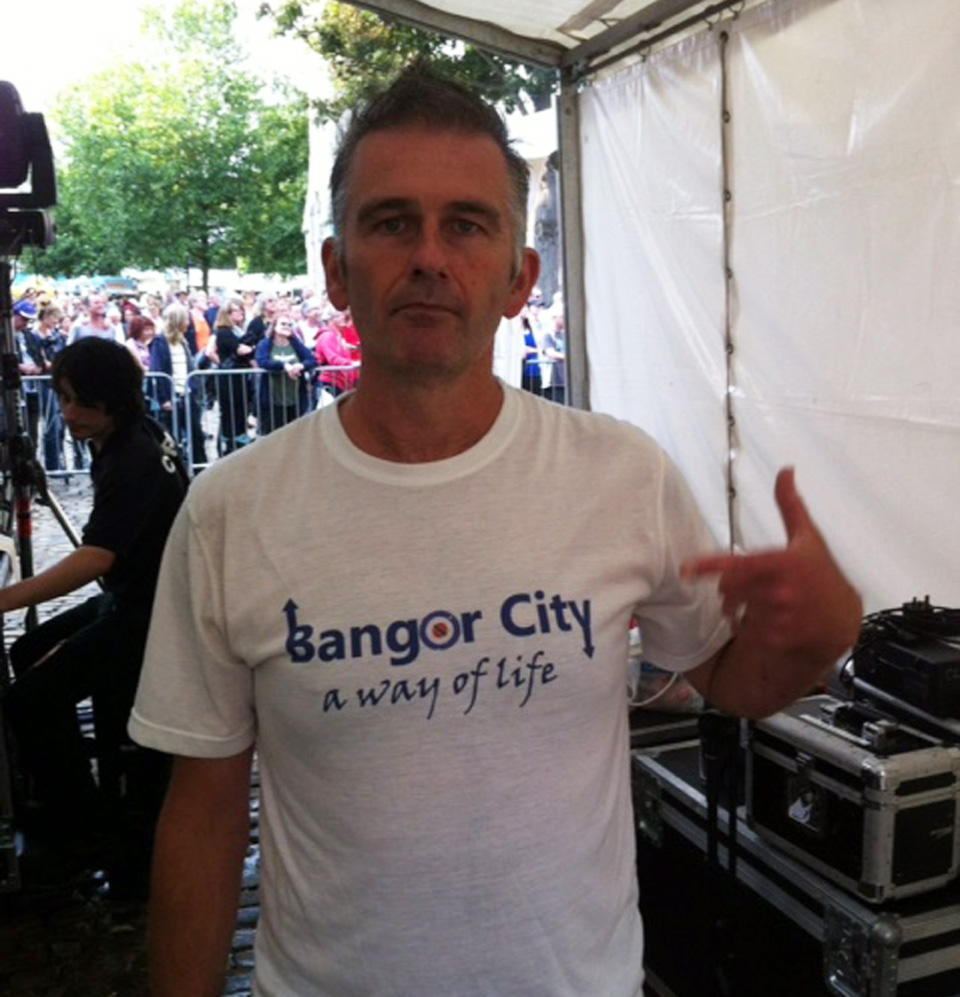 There’s a great line in the Reid and Shamblin song that Bonnie Raitt made a hit. The song is called ‘I Can’t Make You Love Me’ and it’s about falling out of love. The killer line is the second line of the chorus that follows the title. It says ‘you can’t make your heart feel something it won’t…’ and as one of life’s truths, it’s right up there with the stuff about death and taxes. I realised over the last few months I have come to realise exactly how brilliant that line is. At this point I hasten to reassure everyone that as I approach a quarter of a century of married life, I couldn’t be happier with matters of the heart. No worries on that score…

Since an indeterminate point in the early 1970s, I’ve supported Bangor City FC. Some people can remember their first game – hand in hand they went, Hornsby-esque with their Dad – but for me, it wasn’t a conscious thing – I just woke up one day and realised I’d been going to Farrar Road for years and I was a Bangor City fan. I reckon it began in ‘73 but it doesn’t matter, I’ve got nothing to prove.

I didn’t go to Wembley. I was playing cricket for Bangor that day. We had a hell of a good side then and whether it’s a trick of the memory or a hard and fast fact, I remember having tea at Ty Newydd and watching Paul Whelan’s goal on a grainy black and white telly. I first saw Paul Whelan at Treborth Hall school’s field, where I was playing for Vaynol and he was playing for Our Lady’s. If someone had said to my ten year old self that one day he’d score at Wembley, I’d have believed them.

I didn’t go to Madrid either but I did see Atletico at Farrar Road and I was at the home leg of the Welsh Cup Final against Wrexham, when it would have been physically impossible to get anyone else into that tilted paradise. Wigan Athletic and Macclesfield Town were regular visitors and are just two of the sides we saw that vaulted over the non-league wall into the big time. It could have happened to Bangor City. Dave Elliott’s side of the 80s was very, very good.

Playing on a Saturday, first for the University and then, later, in the depths of the Vale of Conwy League, I was drawn away from Farrar Road. After one last season making trips to Llanrwst, Llansanan and Rhos Utd, it was done and the music I’d always aspired to make, held sway. I moved to the South East of England, played five-a-side to keep fit and looked up Bangor’s score on a Sunday. The music progressed, the years passed, marriage and then children followed, the five-a-side stopped but still I looked up the score.

One day, after an absence of more than 20 years, I seamlessly rejoined the fold. Bangor City was part of me and I was part of it. Re-entry began at Porthmadog in April 2010 and then I returned to Farrar Road under the lights. When that magical, crumbling temple finally fell and Asda emerged from the ruins, the pilgrimages to Nantporth, through thick and thin, carried on.

Remember the song? That second line? ‘You can’t make your heart feel something it won’t…’

I can’t go any more. I’ve tried but it’s not there. Bangor City isn’t there. Not THE Bangor City. What’s going on in its great name bears no relation to the club I’ve supported for perhaps 45 years and nothing that anyone can say or shout or argue or be rude about can change that. No half-baked social media appropriation of my city’s football culture by cloud-cuckoos is going to mean anything to anyone who supports Bangor City. We know full well when to remove our shoes, we don’t need advice.

A fan’s allegiance to his or her club can’t be bought or transferred. That’s because it’s an emotional connection. The terms of engagement multiply, the ties that bind strengthen and the experiences of winning and losing become almost secondary to the affirmation of belonging. For virtually every club, that sense of belonging is what propels a mutual dream or, in tough times, sustains a unified struggle. But not for me. Not anymore. My emotions have been evicted. Bangor City has become something else, something that I’m not part of. Maybe, fluttering amongst all the dirty washing, there is a clean shirt with the word ‘hope’ embroidered on its crest. Just maybe, amongst those weathered slates on the new stadium wall there is a clean one that awaits the inscription ‘our club’.

I don’t belong any more.