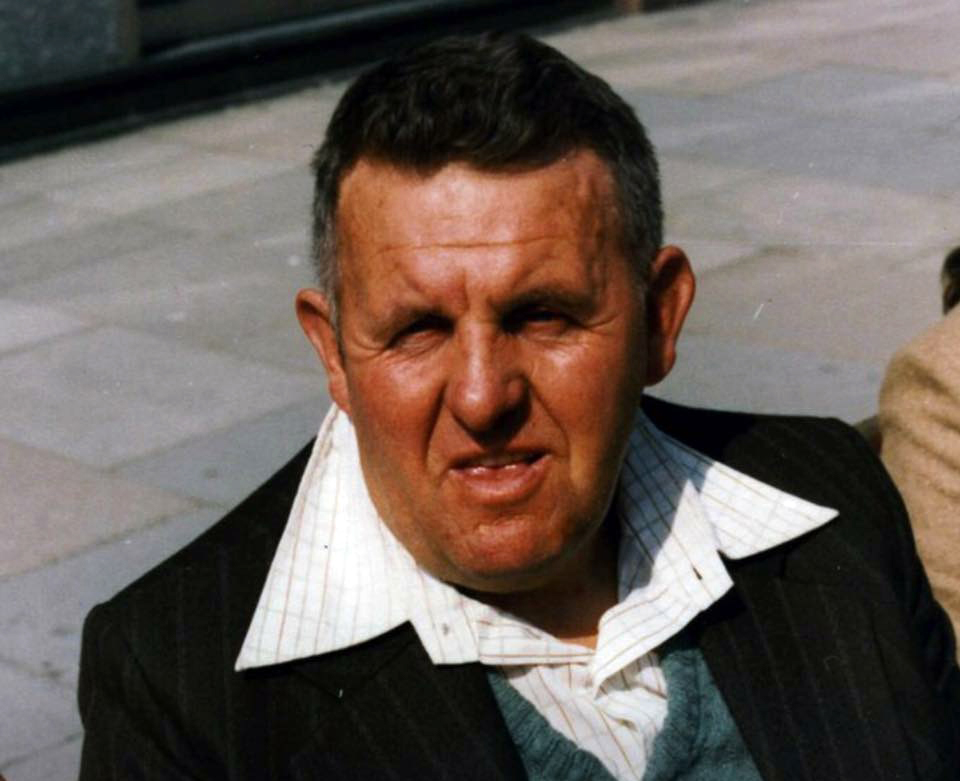 There was a ramshackle wooden house on the corner where our road met the main road. Mostly hidden by an overgrowth of shrubs and trees, left to themselves to crowd the flaking boards, it was home to two elderly people and their son, John. John’s father was blessed with great talent. He was a sculptor and the fruits of his creative labours adorned the long-grassed garden. Jonah in the whale’s mouth, a fox here, a rabbit there and sitting atop a rough plinth, my own personal childish fascination was the head, not of John the Baptist or Charles the First, but of Ena Sharples, hair-netted and fierce, accurately carved, quite literally, hard-faced.

John took the bus from Dafarn Newydd to a day-centre in Caernarfon during the week and in the opposite direction, to town, at the weekends. There, he would sit on a bench near Woolworths, enjoy a moider with familiar faces and shout at the youngsters who baited him and who then grew up to regard him as an icon of our city. The boots that catered for his irregular foot, John’s braces, his coat and his ungainly gait, all are etched in that section of my memory that was the first to be filled and will be the last to be emptied.

On occasions we would see him ahead of us on the pavement of Penrhos Road, unmistakeable with his awkward, flustered, hurrying shuffle and my father would stop and we would give him a lift home. John referred to my father as ‘Glyn Bach’ and revered him. My Dad had played for Bangor City and for John, this was the hallmark of greatness. Six doors up from our house lived Albert Jackson, at that time Bangor’s centre-half and John would breathlessly offer us glowing, rote views of Albert’s footballing prowess. He wasn’t as keen on Albert’s docile Alsatian, Sheba, a fear that probably saved the stopper a fair few ear-bendings. The end of the journey was marked by a profusion of stammering thanks and a slamming of the door that would invariably prompt a gently humorous observation from my Dad to the effect that I should check that John had “shut it properly”. By the time the future Northern Ireland and Glasgow Rangers captain, John McClelland had moved in four doors up, John Penrhos and his parents had moved the short distance to Glan Menai and so a notable City star missed his chance to be moidered by a man, who, looking back now, was as famous in our city as anyone who ever pulled on the blue shirt.

Many thanks to Alan Holmes for the photo on this page of John Penrhos.