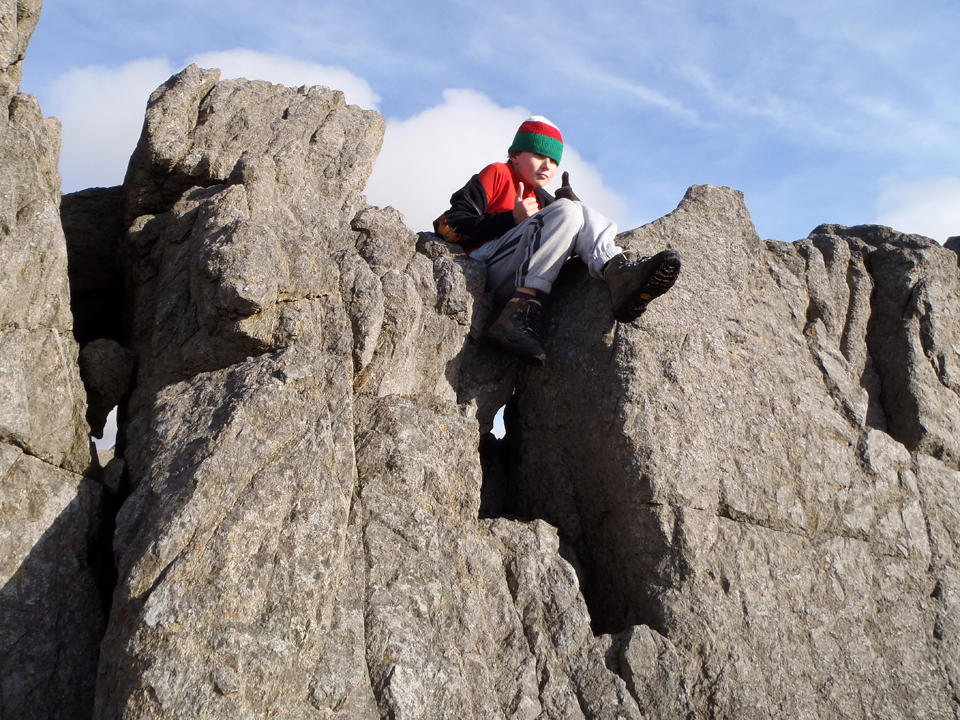 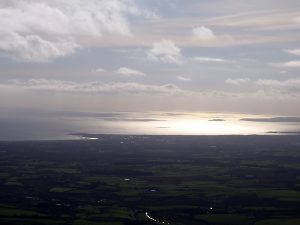 They made a hell of a fuss for a day in 2008 when educated men and women, with modern measuring tools, determined that Mynydd Craig Goch was a mountain. It was on the news and in the papers and interviewers asked the educated men and women what it meant. What it meant, was that instead of being 1998 feet above mean sea level, it was 2000 feet high and therefore a mountain and not a hill. It took a fair bit of VT and newsprint to relay all that information about two feet. The groans from the publishers of guide books filled the air. To start with, the lists, so beloved of those who measure enjoyment in ticking things off, were now rendered inaccurate. Worse still was that all those books that had told people to turn right at Garnedd Goch once they’d ‘done’ the Nantlle Ridge were cheating someone out of another 2000 foot badge of honour. I hope they don’t reprint the books. Steer clear of summer holiday weekends and the Nantlle range is comparatively quiet anyway – if they don’t reprint the books, Mynydd Graig Goch will remain a favourite spot, that virtually no-one visits.

I took Charlie up there once. We’d been on the beach at Abererch on a pretty overcast afternoon, throwing stones into the sea. Typically (compulsively?) I kept an eye on the back of Moel Hebog to gauge the cloud level and followed the direction of the skimmers across the bay, to the Rhinogydd. By about 3pm, Rhinog Fawr had made an appearance and both shoulders of Hebog were visible. We wandered back to the farm through the gorse and announced our departure, seizing biscuits and orange juice. 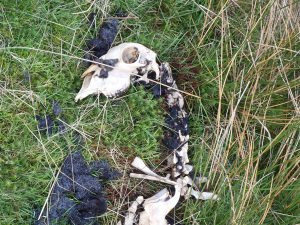 Llyn Cwmdulyn is unspectacular. We moseyed up from the corner of the long lane above Nebo. The most interesting thing we saw at the llyn was a dead thing in the grass. It looked like a Turner Prize entry and after a steep pull away from the outflow we struck up across the folds of hillside towards the top. It wasn’t hard, it wasn’t a challenge. Two young farm workers in wellies were exercising a sleek sheepdog and the clouds continued to rise. Behind us the land rolled down to Nasareth and Aberdesach and the Clynnog Hills were washed out in the lowering sun.

Near the top we weaved between teetering outcrops until a wall came into view. As we reached the summit, it was apparent that it wouldn’t be that easy to decide which of the ‘tors’ dotted around this sprawling rocky plateau was highest. Perhaps that was it. Perhaps those Ordnance Survey bods had been up there on a rough day and measured the wrong bloody one. Then, as so often happens in the unfashionable zone, where there are no knife-edges, no cathedralesque buttresses and no plummeting gullies or impressive numbers, nature rendered us silent. We’d scaled the wall next to a crag to avoid damage and steered a course onto open ground. A flock of birds occupied the straw coloured moorland to our left and an endless stone-strewn heather wilderness disappeared southwards towards Bryncir. I remember thinking about how often I’d taken my eyes off the road in the evening whilst driving towards Penygroes and fancied exploring Mynydd Craig Goch – well-named at sunset. In itself, it might be said that a flock of birds and a brown hillside don’t exactly constitute mountain glory but the magic was there in wand-fulls (wands-full?). The preoccupations of birds and heather held the gaze, the isolation was splendid, the watery sun began to sink, we sat down to share the biscuits and orange juice… and then we looked up. 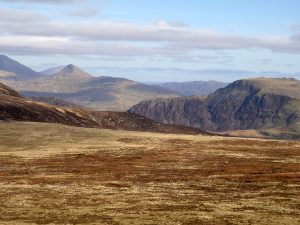 Every mountain, ridge and cwm in front of us was familiar and yet strikingly and pointedly unfamiliar in its aspect. The summit plateau of Mynydd Craig Goch offers this contradiction because no-one goes there. The peak-baggers didn’t care when it was two feet too low, the guidebook scribes probably just thought things would look the same as they do from Craig Cwm Silyn, or at a push, Garnedd Goch… but they don’t. Everything lines up differently on Mynydd Craig Goch. Maybe you have to have seen it all before to realise how different it is but in the end it doesn’t matter. It’s a glorious vantage point upon which to linger, amongst the jumbled stacks of rock, to marvel, in the late afternoon.

We finished our biscuits and shoved the juice cartons into the side pocket (with the others…) and at that moment, as one, the flock of birds jumped a couple of feet in the air and settled down again. And then they did it again. And again. I’ve no idea what they were, I am not an ornithologist.

Charlie and I retraced our steps, missing the dead thing as we cut a corner. Llyn Cwmdulyn rippled, Caernarfon Bay shimmered and The Penlan Fawr beckoned. To Pwllheli! To the pub!