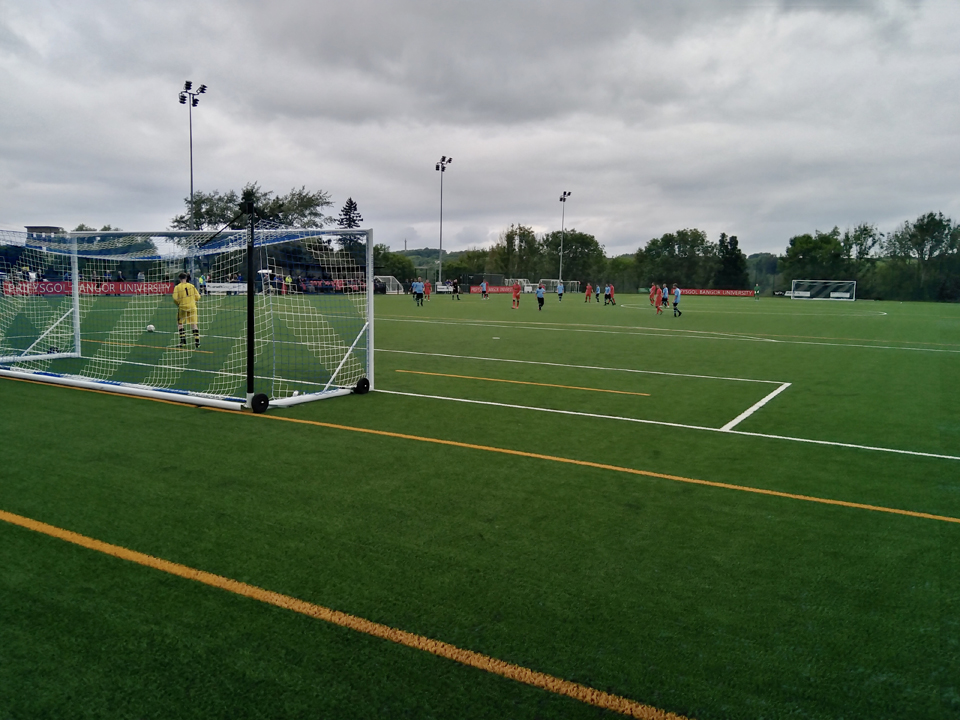 All is calm, all is bright. It’s not Christmas, it’s Treborth. There’s no fuss. A gun to my head. Thirty six point six degrees. I’m in. Actually, it IS Christmas, really. You know – the time when everyone gets together and celebrates. Or is it Easter? Resurrection. It feels like a quiet religious experience. We’ve been away. And now we’re back. Roll away the stone, indeed.

In all our lives these have been the most unexpected of times, the most challenging, and in many cases, the worst. We craved normality just as we knew that there was never any such thing; we wondered what was to come; we waited and waited and waited. Those working in healthcare and science and on buses and in shops and vaccination centres gave us a fighting chance. I have walked further than the Proclaimers. Over the Chiltern Hills and the mountains of Eryri, I have paced out my sanity and kept my distance.

Thousands upon thousands of steps have passed, but the next fifty will take me into the one cage that I have ached to be inside. Ten greetings, twenty. Smiles and thumbs-ups. Catching up on eighteen months in eighteen seconds – the surreality begins to dissolve until I finally accept that I am here, this is happening and I’m leaning on the barrier to the right of the goal, and there’s a game going on.

Matt discusses tenses for the live Tweets. I picture distant Comrades punching the air as the goals go in and the Tweets ping. They will join us when they can. I hear myself talking about the game. Tom Clarke could make one hundred-and-fifty-seven goal attempts today and he will not score. Culshaw, in space on the edge of the box, begs Les to set him up… or, when the pass doesn’t come, in a stage whisper, says… ”have a shot” after The Truck scuffs one straight at the keeper. We laugh. He looks. He smiles at the fact that we are as invested in this game as he is. Of course we are – some of us have been taking part in this theatre since long before he was born. Good player. Never stops. Neat and tidy. Fit as a butcher’s dog.

At the end, we applaud both teams. Pentraeth will not win this league. We harbour that particular hope, but the distant, golden, Gwynedd League past is just that. As we leave the ground, somehow the statistics and the battles ahead are placed into context by the breezy, warm July here-and-now. It’s been a cliché for decades to say that “we never look further than the next game” but on this, the first day of the competitive season, it’s haunting to think that we have no choice other than to hold tight to the present.

I’ve missed this more than I thought was possible.