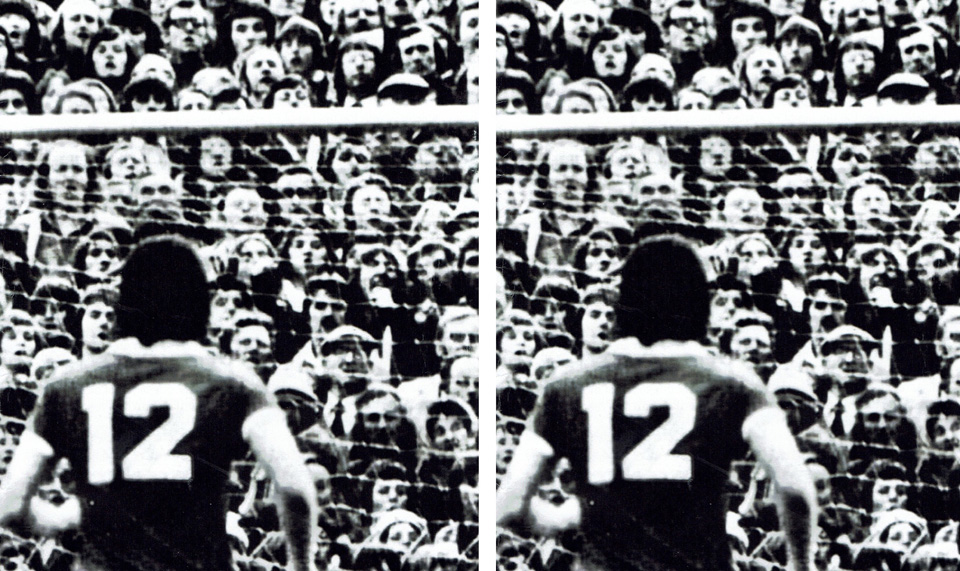 I was very pleased and proud to be invited by the Wrexham socialist/football fanzine SHAG to write a piece for their entertaining publication. So here’s what they published by yours truly…

I’m an outsider, but if you’ll permit me the honour of getting past the word ‘Bangor’, I’ll try and be brief. It won’t be easy, but I’ll try.

Wrexham was Dai Davies, Micky Evans, Alan Dwyer, Gareth Davies, John Roberts, Mel Sutton, Mickey Thomas, Bobby Shinton, Arfon Griffiths, Graham Whittle and Les Cartwright. Imagine that. Third Division Champions. There were 10,000 there – actually there were more, but how could they count the ones climbing over the walls? Clive Thomas was the ref. Clive Thomas. It had to be a proper ref for a Cup Final.

Most of you will have those names etched in your souls. Whether as indelible memories of games past, or in the stories of moiderers like me, they are giants. We had some too. It might have been the best I ever saw in Blue.

Bangor. A sunny May day in 1978. Welsh Cup Final, first leg. These days it would be t-shirts and shorts and sunnies or caps with logos. But I saw the photographs the other day. The photos of youths and men with check bomber jackets and flares and soul bags and Harringtons. And hair. And no caps or bucket hats.

The noise from the Farrar End was relentless. Even at 2-0 down. Threats and taunts and tribal songs…and you…you sat there on the terraces of the St Paul’s end. Sat there, I seem to remember, shielding your eyes from the sun and occasionally waving. Telford scores to pull one back and it takes ten minutes for the scuffed-up celebratory dust to settle under the rickety corrugated canopy. Thundering of feet in the wooden stand and fleeting belief on the High Street side, where the pessimists are swamped by the fresh faces of day-ticket glory-hunters.

The final whistle blows and you climbed over the wall behind the goal. The slowest of jogs at most. Actually I think you walked. Or maybe that’s just my mind’s-eye adding to the drama nearly forty-four years later. The ground shrank as you crossed halfway. Scuffles and skirmishes. Those half-Kung-Fu-half-Bad-Dancer moves that are ingrained in the culture of the 70s football scrap. This was before plastic chairs in continental squares; before the mobile-phone. A ball boy wielding a corner flag. A proper thick bit of wood. None of your gwenny, bendy, safety stuff. He’s in a track suit on the edge of the box, swinging it around at the flailing DMs coming his way.

I was transfixed by this spectacle. The fighting at Northern Prem games was usually at a bit of a distance; in a pocket somewhere, and we could normally give it a bit of a wide berth, but there were ten thousand there that day, all rammed in tightly together. I don’t remember seeing the police at all. I was fourteen and too young to realise that this was what the words ‘visceral experience’ were created for. And then I was outside ground with my mates and we could hear it still going on.

We’ve been through our respective mills, haven’t we? When the carpet-bagging weasel chancers came for us and sowed the seeds of criminal destruction, it was fans who took it upon themselves to preserve the history and identity of the game and the tribe and the culture and the love of it all in our City. We took the soul and kept it safe for the day when those thousand despicable cuts had finally bled dry the carcass of ‘Bangor City’ – a name in Companies House. That unbroken link with our 146-year past resides at Treborth with CPD Bangor 1876 FC. A link that includes those heady days of our encounters with Wrexham.

And you suffered. And it was the fans again that brought you into the light. The fans are the club. I know from reading Shag that having millionaire owners doesn’t necessarily sit easily with every principle or mindset at The Racecourse, so it rests with the fans to remind and to educate the ‘owners’ that for every commercial or media triumph, for every advancement toward the grail of promotion, there is a soul and a spirit, a rich culture to be nurtured and passed down. Their job is to make sure that your club exists way beyond the ambitions proclaimed for the fickle five years of ‘now’. If they bring you a script for sustainability, it’ll surely be their greatest gift.