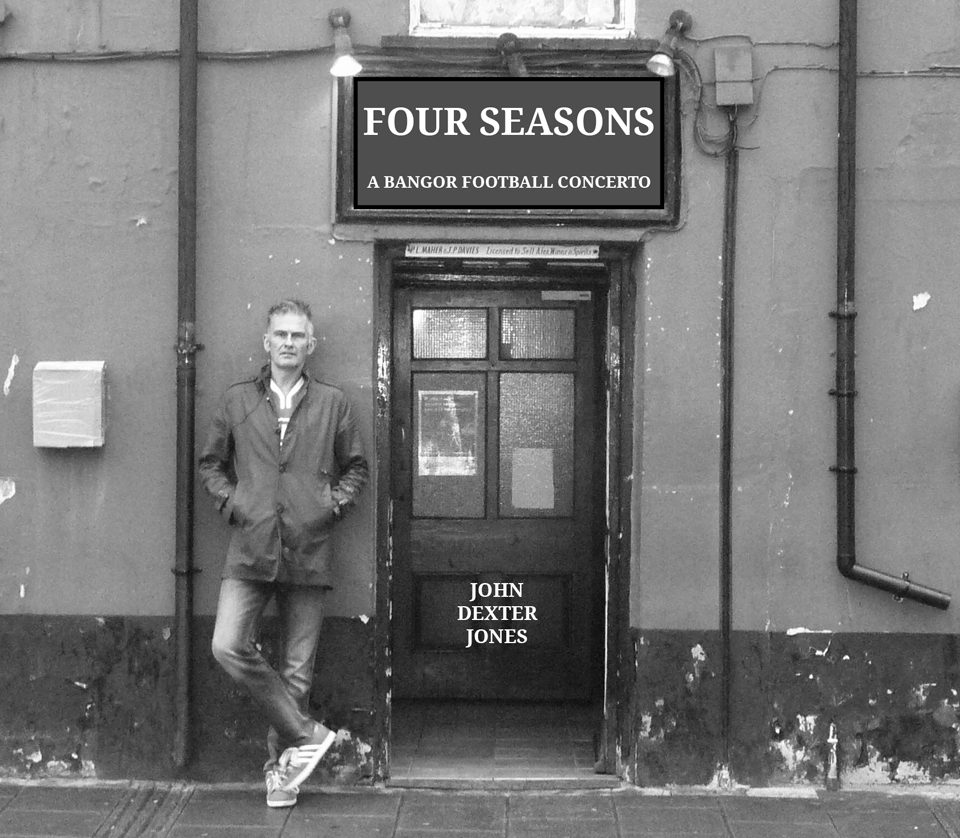 Reviews – What They Said About Four Seasons

It’s not some mere account of four seasons in the life of a football club and it’s followers. This is passion, history and heritage. Pride in the community. Legends of men gone before, whose deeds are folklore. It is the pursuit of what is just and right, and of preserving the past for future generations. Don’t take my word for it – read it for yourself. If nothing else, it will whet your appetite for the next stage of the journey. Just as surely as Phoenix rose from the ashes, 1876 is not a date in the past – it is the future.
Rob, Wakefield.

Having purchased this fine collection of football epistles I have no hesitation in recommending it to you all… well, all of you that have an inkling what it means to support your local football team…
Neil, Oxfordshire.

I began reading yesterday afternoon in a nice old pub with a pint or two of The Fallen Knight and a packet of crisps. You’re right, it’s not just about football, it’s about an experience I never had. With lines like, “The rain isn’t driving. It’s a passenger on the wind,” it’s like a good song in places. Love it. I will spread the word. Sorry for giving away the line for free!
Tony, Northampton.

It is a good book.
I was reading it while having my morning poo.
Daniel, Scotland.

If you haven’t ordered it yet, do so! What a great read. I’m not a Bangor supporter but every word resonates and paints wonderful pictures of any football ground in the country and the ups, downs, trials, tribulations and joys of following your team.
Richard, Fort William.

I’ve just finished reading this book about the trials and tribulations of supporting Bangor – a particularly tough task when you live in Buckinghamshire like the author does! I wouldn’t describe myself as a huge football fan, but I take an interest in it and follow my home town team. And that’s what this book is really about – belonging somewhere, and sharing that passion with other people who feel the same way. The football provides the narrative of course, but human beings are at the heart of John Dexter Jones’ tales of journeys to dodgy away grounds, irate managers, baiting opposition fans, pre/post-match drinking sessions and, in the second half of the book, the slow realisation of what new owners might be doing to the club he loves.

Do professional football clubs have a soul? Are they really ‘owned’ by anyone? With the current turmoil at two of the founding members of the Football League, it’s a topical issue… This slim volume leaves the reader in no doubt that it’s the fans who hold it all together, because without them what’s the point? Who pays the wages, who buys the drinks and pies at the ground? Bangor City FC has a proud history and many of their former players have gone on to great things – not least the author’s uncle; this prompts an emotional trip to watch the national side of Wales in Vienna midway through the book. It’s a real highlight and serves to underline what this game, this club and this nation mean to John. His ability to take you with him via the written word, to make you feel you were actually with him when he had to eat disgusting Portakabin chips at some godforsaken ground in South Wales, is the reason to read this book.
Graham, Ventnor.

Sitting with a brew, reading a most EXCELLENT book…… kindly bought for me by my wife Lisa, as a second wedding anniversary present. J D J….. a wonderful wordsmith whose tales make you feel like you were there as you read them. Actually, I WAS at Prestatyn!!!
(And County DID beat Man City!!) Thanks, John for this book… it’s brilliant!
Bob, Devon.

I can highly recommend Four Seasons – as expected, it’s the kind of writing that engages you and draws you in, whether or not you had any prior interest in the subject. A tale well told is like a song well sung – you’ll want to listen and you might learn something as a result. I doubt I’ll ever be someone who makes a regular pilgrimage for a team – but perhaps I’ll better understand those that do. On the basis of this, the volume of musical tales is definitely something I’m looking forward to.
Rob, Hampshire.

I wholeheartedly recommend the book, as a non football fan. Good writing transcends such things and engages you whatever your interests. A football obsession is not a prerequisite, it’s a thoroughly entertaining read… even for a non football fan. I look forward to following books on mountains and music!
Alan, Menai Bridge.

Thanks very much for the book which is very enjoyable. I am also reading Peter Crouch “How to be a Footballer” – your book has the edge…
Julie, Congleton.

I wholeheartedly recommend this book, which is boss as fuck aye so there.
Joe, Oswestry.

In south east Crete, ice cold Mythos in one hand and Four Seasons in the other. As a lapsed supporter who has recently become a shareholder in the new venture, I thought the book was a cracking read, chuckled to myself several times, it also has its poignant moments. Thanks John. Being on a Greek island with strong sunlight, I also managed to read it without glasses, other than the one holding the aforementioned Mythos.
Jim, Bangor.

Newydd orffen darllen y llyfr arbennig hwn.
I have just finished reading this gem of a book. A brilliant read for any devoted fan of any football team but particularly poignant if you’re a Bangor fan. You share the various emotions and feelings brilliantly expressed by the author – the fear, anger, desperation, anxiety, apprehension and exasperation – together with the joy, excitement, exhilaration, pride and of course the most dangerous of all – HOPE !! The dark humour flows throughout the book like the Guinness which may well have flowed through the body of the creator of this work. Diolch John am y trysor o lyfr yma. Thanks John for giving us this treasure to share.
Brian, Anglesey.